So much going off this morning.

Firstly Nasri is believed to be considering a move to United. He’s apparently disillusioned with the lack of success at Arsenal. Fair shout so are the fans. However, if he can’t see he has been part of the problem I hold no hope he’ll change his attitude next season. This is a massive ‘wake up and smell the coffee’ moment for Wenger. That air of trust he used to have is dissipating faster than Steve Macclaren’s hair.

Samir Nasri prior to 5th June was averaging 40 mentions a day in the world of Social media. Since the 5th, he’s had a whopping 12500 mentions across Facebook, twitter and the blogosphere. Is that exclusive pirate material? You bet your ass it is…

Basically, there has been a lot of b*llocks spoken about him, countless people have the ‘inside line’, fact is, no one knows what’s going on. Is it an agent ploy for more money or is it a genuine break for the hills?

I spoke to my contact Pam, who as you all know, is as genuine as they come, and she knew nothing. That doesn’t really mean anything, all but the most important people at Arsenal are on holiday right now.

Next move on the card is Gael Clichy. Apparently Liverpool have bid £5million for him. It sounds like a low price but let’s remember just how poor he’s been for the past 3 seasons. Shipping out a player I really like is a bad thing, shipping out an under performer in the cold light of day is what big club should be doing. To be honest, the way Kenny is spending, I reckon he’d have bid £5mill if Gael was out of contract.

We should now be able to realise our dream of Vertoghen. I know he was pulled off at half time for having a bad game, but Eden Hazard was the player who took the biggest panning from that game, so I’ll take international performances with a massive pinch of ‘ I don’t give a f*ck.’

We could also look at retro haircut Leyton Baines, his barnet would surely make up for the loss of Clichy. He’s never impressed me, but he’s highly rated by many Everton fans… and he’s English.

Next up is the rumours that Barca are in for Cesc. Well, that story for me is dead in the water. Barca have stated they have £45million to spend and they’re already tying down other players like the £22million Alexis Sanchez. We don’t need to take a small fee and we won’t. If Cesc wants to go so badly we should do what Geoff said. Give Madrid a call and say you can have Cesc and we’ll take Benzema and Ozil. I could live with that. It’s not money we need it’s players.

Oh, and can everyone stop mentioning Krkic, it’s like taking my iPad away and offering me a Kindle as compensation.

We’re also in advance stage talks for Willian and Gervinho according to the Telegraph. I remember Willian from last season and he was a handful. As for the Gervinho story, I can’t help but think he’s another one of those just above average players teams like Villa and Everton have … You know, like Rosicky. He’s not rocking my world, but we’ll see!

Besiktas are in for Nik B… *snigger

Speaking of Pam, the only interesting snippets I garnered were that the manager and others at the club fear Szczesny has become a bit arrogant of late and his performances haven’t exactly merited his ‘Nikki Big B*llocks’ statements in the press. So whilst I’m not going to say the Freidel move definitely happened, it might not be far from the truth. We could well be looking at a mature keeper to handle the reigns for a season or two. I wouldn’t be against that. Szczesny has brough an air of stability to our defence, but to be honest, Peter Shilton right now could have done that.

On the transfer front, I reported that before the Villa game, we weren’t going for wholesale changes. Since then, the massive fat hand of reality has dry slapped Wenger into reality. The Villa game really did confirm the widely held fan view that the players didn’t give a crap. If you can’t fight to the death when you’ve charitably been given a chance by all the other contenders, you’re really not Arsenal material.

Players for the chop are certainly Bendtner, Denilson and Eboue. Others set to follow should be Traore, Vela, Rosicky, Almunia and possibly Squillaci. Though don’t get too carried away about the Frenchman, he’s apparently a great guy to have around the players and he’s a good professional.

It’s been reported that we’ve entered the frame for wing wizard Eden Hazard. Apparently we’re in talks for the man from Belgium and we’ve held provisional negotitations. Kind of goes against anything the player or the chairman of Lille have been saying, but what do I know! This would be a great move, but not against the back drop of losing Nasri to either City or United. That really would be killer, mind you, not as killers as waiting a year then losing him on a free.

Still… let’s stay positive and hope he decides to sign up. Manchester is a s*it hole and it’s a long way from the Eurostar.

Not just that though, if United sign Ashley Young, what would be the point of Samir? Ok, I know he likes playing in the middle, but he’s never demonstrated any ability there. He’s hardly creative and I’d be surprised if Fergie was willing to choose him centrally over the far more talented Sneijder? If he does decide to take him though, we’ll deal with it.

Samir Nasri is like a Gucci manbag, he’s only good for one season (Fashion season baby)… literally. 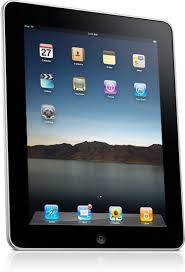 What we have learned since last year is an unhappy player is a mentally injured player. Ship them out and bring in some players who do want to play for us. If we’ve got £16million to sign Phil Jones, we should have £15million to sign Cahill (If Gael is worth £5million going into the final year of his contract at a club with more money than anyone in Europe, why is Cahill worth £17mill in the last year of his contract at a club £80million in debt?).

Let’s hope Wenger has more than one plan this summer. If we can nab Benzema, let’s have a crack, he’s good for 10 years and he’s clearly got plenty of talent and a helluva lot more to give than he’s giving Mourinho. Let’s sign a centre midfielder as well, Inler looked the part again, he’s still slumming it in Italy, he’d probably relish a move.

There are players out there and after speaking to Pam, I’m confident we’re going after them… whether we’ll get them is up to Arsene Wenger!

Hallelujah! Let’s get this summer cracking!

UPDATE: A word for Diaby on the admitting he sometimes wears a Spurs shirt. Firstly, once you’re past the age of 14, wearing a football shirt in the street isn’t cool. Secondly, our friendship from a few years back when we sat next to each other, well, it’s over. Spurs are 100% welcome to you. They’ll get 2 good games a season from you out of a total of 18 you’ll play. You might look like Patrick Vieira, but my god, you play like his sister and have ankles his grandma would mock. One thing I will say, your dream of winning the Ballon D’or isn’t going to happen at Spurs.

Muppet… what has our club become when players can openly talk inflammatory nonsense like that unreprimanded?

1,135 Responses to “Wojciech Szczesny to be ousted as number 1 | Massive transfer day | Arsenal clear out to begin”